How many games can you built from a small toys box?

Actually I have not any intention to prepare a post like this. We made very nice activity and I wanted to share with you to give some inspration to you. The creator of a few games are my daughter. As you see, sometimes, you do not need to set up a game. They just need to guide to build a nice and longlasting game. I want to repeat, my daugther is 4-year-old.

Some of games below, are improved while playing, and the others are created when I said “what else can we play?”

I gave a used watch box to my daugter to play. And then, she came to my near and said “happy birthday, can you find, what is there inside the box?” The game started. Firstly, I think this is a rol playing, drama game. We give reaction such as joy, sadness, surprise or crying. And then the drama outweighed and we start to a new game according to our dreams. We developed new type of birthday parties and other games. My daughter really like this type of games because of her art skills. Sometimes, we said what we will give reactions to each other. For example, worry for this present, and now you have to happy. Her face changed easily according to directions.

After two minutes, we have finished the game, she focused the toys again. She put in them order while counting to tenç In this duration, I asked her to show me the 6th or which one is the 3th toy. We played this game in Turkish and in English. At the same game, after 2-3 hours later, we played with the same box again. She loved this method. We played again and again until the box tore. Now we played same type of games with other toys boxes. Choosing diffrent toys for each game makes more fun. Generally, I support her to choose the toys by herself. I think you will like this game. It is good game to play at home with different aged kids.

Now, want to share what can we play with this box. Actually, I don’t want to ignore another side of this games. Which intelligent types the games support?

*If you raise a bilingual child, you can play the same games both of the languages.

*You can change all the materials up to your child age. Like bigger box, soft toys…

What can we play?

As I metioned, you can change the toys up to your planned game. The important point is attract your child’s attention and make a game up yo her level. A game that requires very deep concentration could not be proper for 3-year-old kid. Of course, you can easily understand and directed the game belongs to her/his intelligence.

Please, share with us if you generate a new game about this box. We can add assets to our children’s imporovement all together. 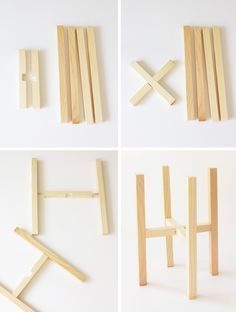